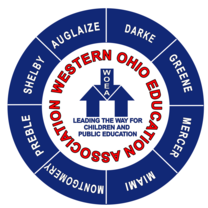 “Unless we receive some direction from the state” to “cease and desist those activities, we see those as moving forward,” he said.
The board’s vote in a special meeting came after a more than four-hour community forum Thursday night on the district’s plan to start school.

“No doubt everyone agrees that face-to-face instruction is clearly the preferred method…. of teaching our children,” board President Jim Ambrose said. Inskeep said “learning is going to look differently in the coming months” as the first nine weeks will involve all online instruction.

The board voted 5-0 on the recommendation after discussing the issue for more than 25 minutes. Board member Lori Parks said district officials examined the issue extensively before Inskeep’s recommendation.

Sept. 8 had been set for the first day of in-school classes for students in grades 1-10, while those in grades 11-12 were scheduled to return Sept. 9, according to the district.

Sept. 14 had been planned as the first day back for all students in the district to return to classrooms.

​The Voice of Public Education in Western Ohio